What does it mean to be a reasonable person?

In State v. Spears, the justices are forced to consider whether a Black man’s race is a factor that should be considered when determining what a reasonable person would do. Op. No. 27975 (S.C. Sup. Ct. filed February 12, 2020).

Eric Spears was indicted and convicted for trafficking crack cocaine between ten and twenty-eight grams. During Spears’ trial, he moved to suppress the drugs seized from his person on the ground that he was seized in violation of the Fourth Amendment. Law enforcement officers were at a known “Chinese bus line” drop-off location investigating a tip that two black men were transporting drugs from New York to South Carolina via the bus. Three plain clothes officers observed passengers as they disembarked from the bus. The officers noted that the majority of the exiting passengers were being greeted by relatives or friends, being picked up by cabs, or the like. However, Spears and his companion stood out because the couple “were paying an excessive amount of attention” to the officers. A few minutes later, the couple began walking down the street, away from the officers with their four pieces of luggage. The officers followed the couple and had to walk “briskly” in order to catch up. As the officers followed the couple, the officers observed Spears’ companion hand Spears an unidentifiable object. As the officers neared the couple, one of the officers asked the couple to stop and speak with the officers. The couple complied and began conversing with the officers. During their conversation, Spears kept placing his hands inside his untucked shirt near his waistband. Due to officer safety, one of the officers asked Spears to stop. Spears continued placing his hands inside his shirt and the officer frisked Spears as an officer safety precaution. During the frisk, a quantity of crack cocaine was found on Spears person.

During the suppression hearing, Spears’ companion testified that the agents told the couple to stop, the encounter lasted probably twenty minutes or less, and she did not believe she was free to leave during the encounter. The trial court judge denied Spears’ motion to suppress the crack cocaine. The trial court found the agents engaged Spears in a consensual encounter and the agent was able to articulate specific fact which warranted a search of Spears’ person.

The South Carolina Court of Appeals reversed Spears’ conviction. State v. Spears, 420 S.C. 363, 802 S.E.2d 803 (Ct. App. 2017). The majority held Spears was seized under the Fourth Amendment at the time of the initial encounter because a reasonable person would not have felt free to walk way from the agents at that point. Id. The court of appeals also held that Spears was arguably seized at the moment the agents made initial contact with him, but most certainly once the agent asked whether Spears had any weapons or illegal items. Id.

The South Carolina Supreme Court granted the State’s writ of certiorari to review the court of appeals’ decision. After analyzing several United States Supreme Court cases regarding seizure and the Fourth Amendment, the Court held the facts and circumstances as a whole support the trial court’s finding that Spears engaged in a consensual encounter with law enforcement and was not seized until he was frisked by one of the agents. State v. Spears, Op. No. 27975 (S.C. Sup. Ct. filed February 12, 2020). The Court explained that the evidence supports the conclusion that after Spears and his companion “disembarked a bus known for harboring illegal activity [and] they paid undue attention to the three plain-clothed agents.” In addition, the agents did not move the couple to a more secluded area to speak with them, the agents approached the couple in a “nonthreatening manner”, the couple complied with the agents request to engage in small talk, Spears willingly gave the agent his ID, and the agent informed Spears in general terms about the prior issues in the area involving illegal activity but did not accuse Spears of committing a crime. Id. The Court held that the “evidence supports a finding that the agents’ goal was not to impede Spears’ movement and that he was not free to walk away from the encounter up until the time he was frisked.” The Court noted, “[e]ven if Jenkins believed she was not free to leave before then, the law requires us to discount her subjective belief, as our analysis must be based upon whether a ‘reasonable person’ would have felt free to decline the agents’ requests or otherwise terminate the encounter.” Id. Regarding Spears’ race, the Court noted “[w]e need not consider whether Spears’ race is a factor to be considered when resolving the issue of whether the encounter was consensual. The trial record contains no evidence on this point other than the fact that Spears is a black male, and Spears advanced no argument on this point to the trial court, thus rendering the issue unpreserved.” Id.

In his dissent, Chief Justice Beatty explained “[t]he threshold question in this case is whether Spears was seized. The determination of this issue hinges on how a reasonable person would perceive the encounter with law enforcement.” Id. In Chief Justice Beatty’s perspective, “a true consideration of the totality of the circumstances cannot ignore how an individual’s personal characteristics—and accompanying experiences—impact whether he or she would feel free to terminate an encounter with law enforcement. Id.

“Scholars have examined ad nauseam the dynamics between marginalized groups—particularly African-Americans—and law enforcement. African-Americans generally experience police misconduct and brutality at higher levels than other demographics. Consequently, it is no surprise that scholars have also found African-Americans often perceive their interactions with law enforcement differently than other demographics.” Id. “[O]ur current framework fails to meaningfully consider the ways in which a person’s race can influence their experience with law enforcement.” “Given the interests at stake, one would expect our criminal justice system to forcefully resist marginalizing the experiences of people of color by insisting on a ‘color blind’ reasonable person standard.” “Under the totality of the circumstances, a reasonable person in Spears’ shoes would not feel free to terminate the encounter with law enforcement. Spears was aware that he was being followed by three police officers. The agents followed him to a more isolated area and quickened their pace to catch up to him. In my view, a reasonable person in this situation would not feel free to continue walking and disregard the agent’s request to talk.” “This unassailable observation is not intended as an indictment of my colleagues who wear the robe. I do not believe their obliviousness is due to intentional disregard. I prefer to assign their selective blindness to a lifetime of being repeatedly subjected to episodes of minimizing the African-American experience.” 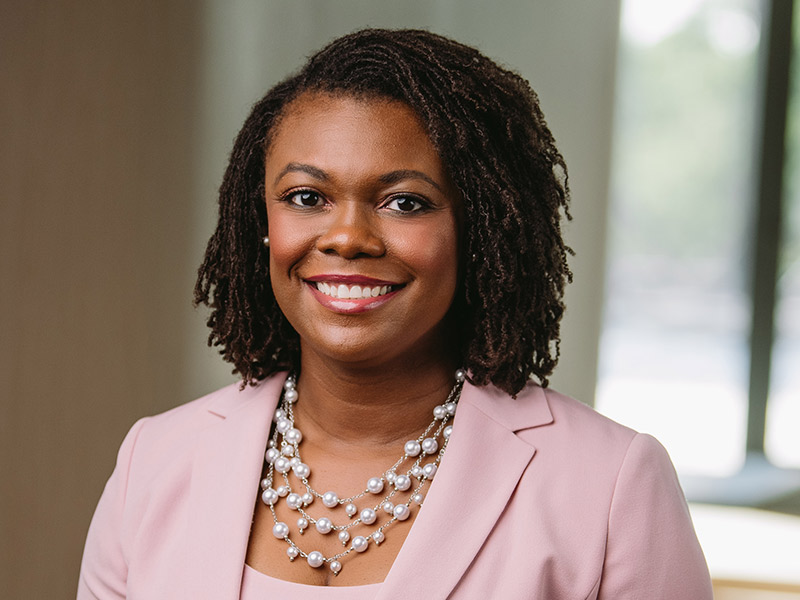